While investing parallax scrolling I found a great tutorial on it.  Unfortunately the tutorial was for Flash, so I ported it over to Common Lisp.

The port is a simplified version of the tutorial using structs instead of classes.

The original tutorial is available here.

I have just released The Invaders v1.1 and Asteroid Wars v1.1. 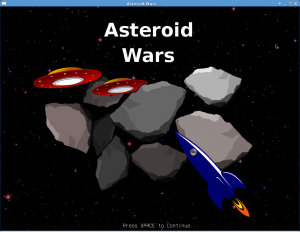 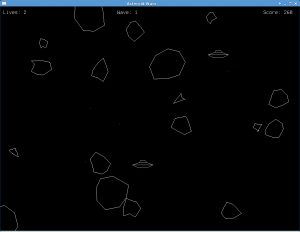 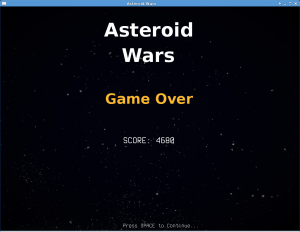 I have just released a minor update to plOpenGL that includes the Code::Blocks Project Files for creating a 64bit plOpenGL.dll on Windows.

I have also released a pack on SWI-Prolog.org that includes a fixed 64bit version of the plOpenGL.dll. 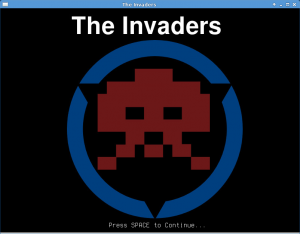 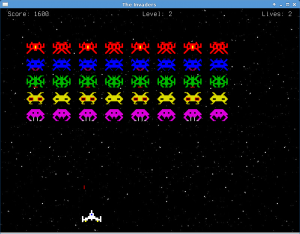 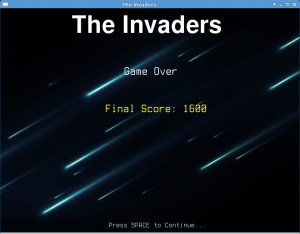 I have just released a remake of the classic game Missile Command.

Description
The game is played by moving a crosshair across the sky background using a mouse and pressing the left button to launch a counter-missile from the ground. Counter-missiles explode upon reaching the crosshair, leaving a fireball that persists for several seconds and destroys any enemy missiles that enter it. 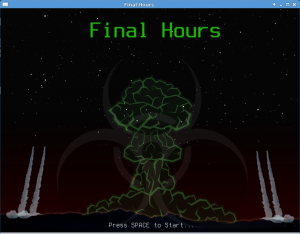 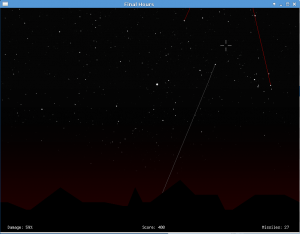 I have just released a remake of the classic game Breakout.

Description
The player controls a “paddle” to bounce a ball against bricks a layer of bricks at the top of the screen, and to prevent the ball from touching the bottom of the screen. When a brick is hit, the ball bounces away and the brick is destroyed. When all the bricks are gone, the player goes to the next level, where another pattern of bricks appears.

I have just released a remake of the classic game Snake.

Description
The object of Snake is to guide your snake through 10 levels by eating the apples that appear on the screen.Each level you climb, the faster your snake moves, and each apple you eat the longer your snake gets. 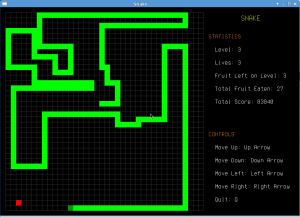 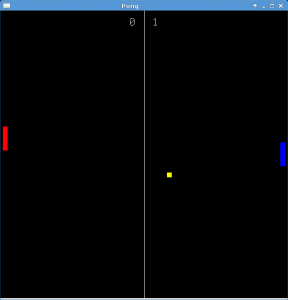